During the award ceremony Amity Award for loyal and Dedicated teacher was awarded to Malati Dhanaji Chaudhuri Daggupta, Majhihira Ashram Vidyalaya. Malati Dasgupta was born in 1925 at Nasik in Maharastra. Her father, Dhanaji Nana Choudhury, was a great social reformer and freedom fighter in Maharastra and was a close friend of Mahatma Gandhi. Under his leadership, the first rural session of the Indian National Congress was held in Faizpur in 1937, where Malati also joined as a child volunteer. After completing her high school from Faizpur in Jalgaon district, she went to Wardha Mahila Ashram in 1944 for 4 years where she graduated in Hindi(Kovid Parangata). In 1942, Malati took active part in the Quit India Movement with her father and elder sister. She was immediately arrested when their team was organising a picketing in Faizpur town market and along with her sister, Bimalati, were sent to Erode Jail in Pune. She spent 3 months in jail and after release, again joined in the movement. While studying in Mahila Ashram, Wardha, she came in close contact with many eminent national leaders including Mahatma Gandhi. In 1949, Malati, according to her fathers wish, got married with Chitta Bhusan Dasgupta, a dedicated Nai-Talim worker from West Bengal. In 1949, Malati came to Purulia with her husband Chitta Bhushan. The place, language & culture as well as people in particular were all new to her but it was her courage and hard work which never allowed her to feel alien. Within a year, she learnt Bengali and the local Manbhumi dialect. She started as a teacher in her husbands Ashram School at Majhira. Within a few years, Malati became the vanguard of the Ashram. Malati retired as the Headmistress of the School in 1982. During her 50 years stay in the Ashram, she has witnessed many ups and downs and has confronted the looters, the vested interest politicians as well as local oppositions. But she never let her Ashram down. She is still guarding the Ashram at 84 and is fondly called “Jethima” by all the inmates. Read more at Amity partners in Telegraph School Awards 2008 at Kolkata 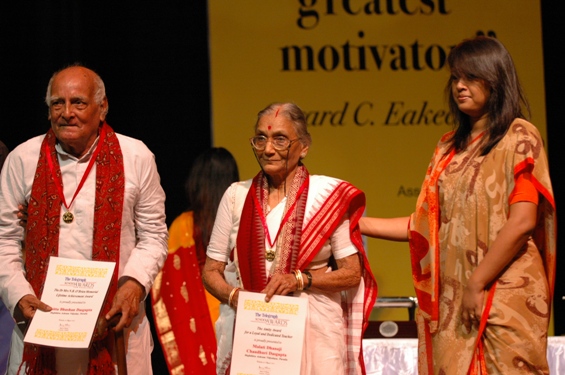